EXCLUSIVE: Megyn Kelly Today staffer is FIRED after claiming show is 'toxic and demeaning', rife with bullying and its two bosses abuse their assistants and 'scapegoat' the staff

By Louise Boyle For Dailymail.com

Megyn Kelly's Today show is facing claims it is a 'completely toxic' environment where staff including young female assistants are 'abused and harassed' by executives who 'scapegoat' and launch f-word tirades, a bombshell email obtained by DailyMail.com reveals.

The email was sent by the show's head writer to colleagues after he was fired this week following complaints he made to NBC News president Noah Oppenheim and to NBC HR.

Multiple sources inside NBC News passed the email, which included a detailed dossier of complaints sent to HR, to DailyMail.com.

The claims stand in contrast to the show's content which has recently seen Kelly – NBC's best-paid anchor - focus on the Me Too movement and call on women to stand up to harassment in the work place.

Kevin Bleyer, who wrote the email, declined to speak to DailyMail.com. Advocacy: Megyn Kelly Today has featured interviews with victims of bullying and harassment including this week with model Nina Agdal. But a bombshell email claims that behind the scenes, the show itself is rife with bullying carried out by its two top executives In charge: Co-executive producers Jackie Levin (left) and Christine Cataldi (right) are both named in the email sent by fired head writer Kevin Bleyer. Catadli is accused of calling her assistant 'an idiot' while Levin is alleged to have 'scapegoated' staff and called Bleyer a 'f***ng whiner' Fired: Kevin Bleyer (left) was head writer at Megyn Kelly Today. He sent a bombshell email to colleagues claiming that his departure was after repeated complaints to NBC News president Noah Oppenheim (right) and to NBC's corporate HR department about the conduct of the show's two co-executive producers, Jackie Levin and Christine Cataldi

His allegations are leveled at the show's two most senior executives, co-executive producers, Jackie Levin and Christine Cataldi, and were contained in a dossier sent first to Oppenheim and corporate HR, and which he then shared with his ex-colleagues.

Among his claims are that Cataldi regularly calls her assistant Katrina 'an idiot' while Levin makes impossible demands - such as demanding that her assistant Phoebe provide answers to questions that she never previously asked.

The writer said that on one occasion when he provided constructive criticism to a mistake that Levin had made, he was called a 'f****** whiner'.

And he claimed she used NBC resources to edit her son's college singing group's video.

An NBC insider told DailyMail.com: 'The working environment on Megyn Kelly Today is completely toxic. It is hypocritical that a show that has positioned itself as a safe place for those who are victims, has staff that feel like they are being harassed and abused.

'Megyn harps on about people having a voice and shining a light in dark places, so that's what Kevin did. Here's the problem, Megyn's show doesn't practice what she preaches - you do that on her show, you get fired! It's a joke.'

NBC rejected the claims and an NBC News spokesperson said: 'Jackie and Christine are being attacked unfairly. They are both excellent and experienced producers, and have the full support of everyone here.

'They, and the team, are fully focused on continuing the show's momentum as it continues to climb in the ratings.'

Bleyer, who has previously worked for Jon Stewart, Bill Maher and President Obama, sent the email to staff on NBC's Megyn Kelly Today on Tuesday.

It described Levin as having lost the faith and support of staff due to 'her incompetence and persistent abusive treatment'. DailyMail.com understands that the email was not sent to Kelly and Levin.

In his HR complaint, Bleyer claimed that the management of the morning show meant that the operation was regularly on the brink of chaos.

Bleyer alleged that thanks to senior management there was a poisonous atmosphere on a day-to-day basis. Disgraced: Allegations of a culture of bullying at the flagship Today show's Megyn Kelly team are the latest to rock NBC's biggest show after the firing of anchor Matt Lauer for sexual harassment

He claimed a 'number of talented people' at the staff level were keeping the wheels on the production but described the executive level of the show as 'amateur hour'.

And he said that he had overheard conversations between Levin and Cataldi in which they were planning to push out staffers who complained.

He wrote: 'It is a special absurdity - and what some find a hard-to-swallow injustice - that as a team we've been lauded for covering harassment stories daily on air, while the staff producing those stories feels so embattled and bullied themselves.'

The email is the latest crisis to hit the Today show, NBC's biggest-grossing single program, and comes in the wake of the firing of Matt Lauer for sexual harassment.

Bleyer did not suggest Kelly was herself aware of the problems he allege dog her show.

That was backed up by one NBC News insider who told DailyMail.com: 'We don't believe that Megyn had any idea that this is happening. Jackie manages up well and Megyn is no doubt under the impression that all is well on her show. Put simply – it's not.

'We hope that Megyn sees this and speaks up. She has the power to change this and have Jackie removed from the show.'

A second source said that NBC News management and the company's HR department were 'panicking' that the dossier would be made public as the email was BCC-ed to recipients so no one knows who or how many people actually received it.

The insider added: 'It takes balls to send an email like this to all staff, but for Kevin, enough was enough. No one is happy here and he stood up for all of us.'

Other NBC insiders had a different take on Bleyer's firing claiming that he was not 'well-favored' among colleagues and suggesting that he was a sexist himself.

'This is a recently fired temporary employee, who has never worked in a high-pressured news environment, and was not up to performing his job,' one said.

If that criticism was true, it is unclear who employed Bleyer in such a senior role. Another added: 'He has a clear ax to grind.

'Sadly, these kinds of distorted complaints are all too often alleged against women in management.' New lineup: The 7am-9am hours of Today are now anchored by Savannah Guthrie and Hoda Kotb

Details of the email were being widely circulated inside NBC News, multiple sources told DailyMail.com.

It was blunt in its detailed series of allegations, mainly focused on Levin.

Levin is 'incompetent' and 'wilfully ignorant' of a production tool used behind the scenes, called iNEWS, according to Bleyer, who says that this leads to confusion, last-minute panic and wasted working hours for the production team.

In November, Levin told staff she had ignored Kelly's text messages for an hour in which the host asked for the show's running order to be changed.

The email from Bleyer claims that Levin and Cataldi were often distracted by personal matters which led to problems, such as failing to address concerns from the legal department and potentially opening up NBC to legal action.

On one occasion, he said that Levin and Cataldi were focused on looking at photos of the latter's bathroom renovation, 20 minutes before the show went on-air.

He also claimed that the show's management regularly scapegoated junior members of staff over script changes they had made that were not to Kelly's liking.

He was fired on Monday and reached out to staff at the show on Tuesday.

In part, Bleyer's final email to colleagues read: 'And to you, people I respect, in the interest of full disclosure of the plain facts – though in confidence – I have attached the last email I sent to human resources, just prior to being fired by Jackie Levin yesterday morning.

'I sent the same email to Noah Oppenheim shortly thereafter. It is the most recent in a series of communications with Erin Hogan and Noah over the past months in which I indicated that, for good reason, Jackie Levin had lost the faith, support and goodwill of many on the staff including myself. The reason, in sum: her incompetence and persistent abusive treatment.'

The Today Show has been rocked by a series of crises since Lauer's departure, and Kelly's show had a rocky start with lower ratings but this week had the highest ratings for her show since premiering on NBC on September 25.

This week also saw Don Nash, the Today Show's veteran executive producer leave after 30 years to take up another role inside NBC News. 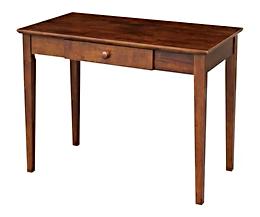 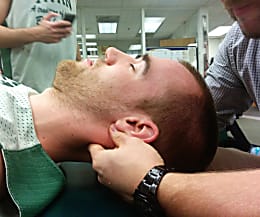 4 Stages To A Heart Attack — Are You At Risk?Gundry MD
Undo
Ancestry 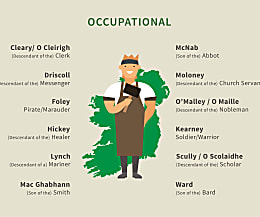 There Are 7 Types of Irish Last Names — Which One Is Yours?Ancestry
Undo
$29 - signaturehardware.com 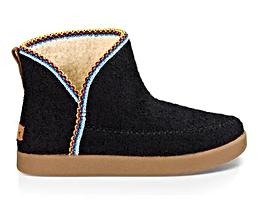 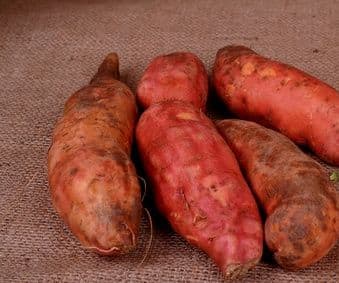 This Toxic Vegetable Is The #1 Danger In Your DietLectin Shield Supplement
Undo
$44.50 - swarovski.com 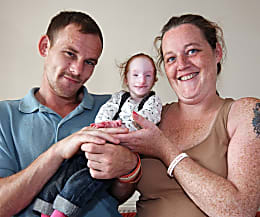 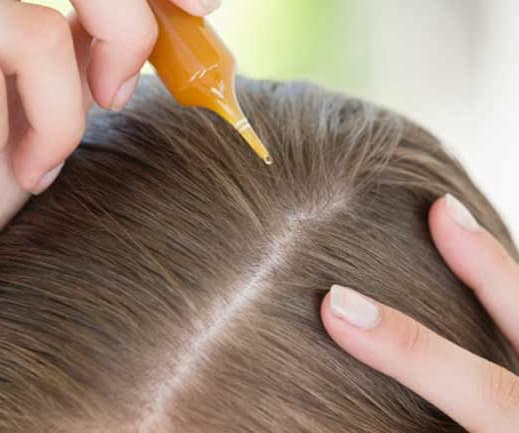 The comments below have not been moderated.

My bosses are women and this could be them. Right down to the rudeness, pettiness and incompetence. Insufferable and vile. #IAmNotAlone

What a surprise. The libs turn on one another like a pack of wild dogs. When will MEgyn be canned?

Megyn Kelly must have some good acting skills. She had to have had to've got away with pretending to be a conservative for all hose years. NBC or CNN were always her natural home.

The Today Show sounds like a very toxic work environment.

I won't read all of his list , but he sounds like a wimp. Some jobs are tougher than others. Move on it you don't like it there.

Nah, I've worked in cable television news and these two exec producers sound like the typical idiots that populate the industry. They are stupid, ignorant, uneducated and incompetent people. This dude is spot on.

I find it funny her career has entered Trump levels of drama.

So when a man claims workplace abuse HE is fired! But.....if a woman "claims" abuse then the bosses are fired. What is going on ?

Jenny, Heartland of the U.S., 2 days ago

I agree with you. I think some women in powerful positions get a pass for their abuse and bullying by putting it under the category of "I'm being a strong woman, so get over it." Notice I said SOME women, NOT ALL. But I truly think that's how some women get past it.

NBC is a mess driven by FAKE NEWS

Well, I am sorry he lost the job, although it was horrible to work there but glad he is helping to expose these people.

The views expressed in the contents above are those of our users and do not necessarily reflect the views of MailOnline.

We are no longer accepting comments on this article.