Almost half of Australians believe service providers should have the right to refuse same-sex weddings on the basis of their religious views, a poll has found.

The Lonergan Research poll of 971 people found that 49% believed that service providers who refused same-sex weddings based on their religious views should be protected by law, compared with 35% who disagreed and 15% unsure.

Those most likely to support service providers’ ability to reject same-sex weddings were people who oppose marriage equality (76%) and people aged over 65 (65%) but even 39% of people supporting marriage equality agreed with the proposition. 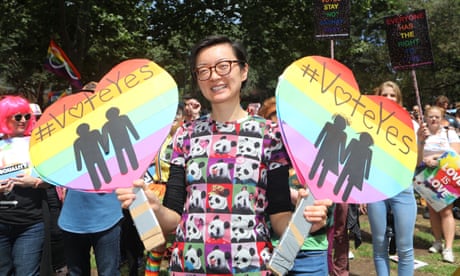 Liberal supporters of same-sex marriage and conservatives are engaged in a debate about which bill to use to legislate marriage equality in the event of a yes vote in the postal survey, with discrimination law changes to allow refusal of same-sex weddings a key conservative demand.

In a sign that the survey result might not align with published polling, 9% of people surveyed said they had lied to or misled others about how they voted in the marriage equality survey.

The result suggests there might be more “shy progressives” than “shy conservatives” and does not disturb predictions the yes campaign is on track for victory, although the margin is still unclear.

The poll found majority support for marriage equality among all ages and demographics – with even the least supportive group, men over 65, recording 51% in favour. Support was highest among women (68%) but a majority of men (62%) also supported marriage equality.

The results of the marriage law postal survey will be announced by the Australian Bureau of Statistics on Wednesday. 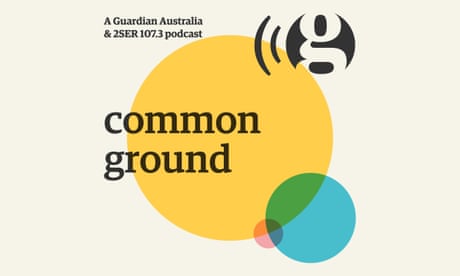 The Liberal senator Dean Smith has said he will move his marriage equality bill “as soon as practically possible after a yes vote is known”, a move that will be supported by Labor, in a clear indication that conservatives are running out of time to propose an alternative.

Barnaby Joyce told ABC’s 7.30 on Thursday he expected the yes campaign would win the postal survey, and the issue of which bill to use would be debated after the result.

On Thursday the United States Studies Centre released a poll which found that in Australia, 43% of respondents agreed business owners should have a right to refuse to provide services to a same-sex weddings, 39% disagreed and 17% did not take a position.

That poll found 60% of Australians supported same-sex marriage, 32% opposed and 8% were undecided. Australia registered a greater level of support for marriage equality than in the US, where it is legal. Forty-eight per cent of Americans support it, compared with 40% opposed.