What REALLY Leads to Change in People’s Lives? 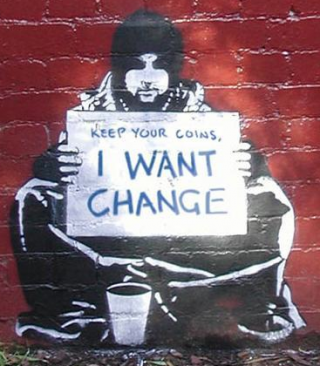 I’ve spent the past 35 years writing books about change, interviewing people about their experiences, researching the features that are most associated with significant transformations that endure over time. And here’s my conclusion: I don’t know. Neither do you. Neither does anyone else that I’ve encountered. It is indeed a mystery, a process so complex and multidimensional that it defies understanding.

That’s not to say what we haven’t made some headway into the issues related to life-changing experiences, it’s just that it’s not usually what most people think it is. For instance I find it more than a little amusing that what clients report helps them the most in therapy has very little connection to what their therapists say is most significant. My colleagues and I would be inclined to talk about our brilliant interpretations, our incisive comments and insights, our well-timed interventions, our favored theoretical model, even though clients almost never mention those things. They talk about feeling understood. They say that the relationship was everything. They appreciate that what happened in sessions felt meaningful to them. And that they were held accountable, meaning they followed through on commitments since talk is not nearly enough.

But what I’ve found most meaningful in my research is that most life-changing alterations take place in daily life when you are going about your usual routines. When I ask people to tell me about a major transformation that continues to this day, something usually comes to mind right away. If you consider this question right now, you’ll know what I mean: Think about an event, an insight, an experience, a conversation that forever changed how you are or how you operate in the world.

Although a small minority of people might mention something that happened in therapy, or a classroom, or formal learning experience, the vast majority of cases occurred after recovering from a challenging or even traumatic event—the death of a loved one, a major failure or disappointment, a crisis or catastrophe, a relationship or job ending, a threatening illness, or something similar. We know now from research on this topic that traumatic or difficult events don’t necessarily lead to incapacitating problems but also can spark tremendous growth and learning. In fact, they do so just as often as they may lead to trauma.

Another surprise is that so often change occurs from stories that we read, hear, or see, whether they include family legends, myths, fairy tales, novels, films, television shows, plays, song lyrics, or even blogs such as this. It turns out that because of mirror neurons we can experience vicarious life events as if they really happened to us. As far as your brain is concerned, the people you “meet” in stories really are your friends and loved ones. And the adventures you enjoy through fiction and stories really do teach you important lessons as if you were the one who defeated the zombies, aliens, or serial killer. The strong emotions you feel during a well-told story further cement memories and help you to retrieve information in the future, all without leaving the safety and comfort of a chair. 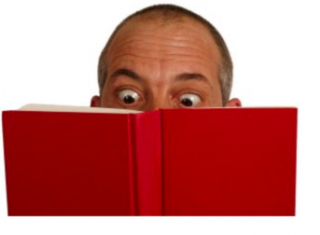 When you review some of the important changes you’ve made in your life, especially those that persist over time, you’ll likely find that many of them involved a rather high level of emotional arousal. You felt a degree of apprehension, even fear, sometimes accompanied by unrelenting anxiety. It is precisely these strong emotional reactions that can act as a catalyst to increase motivation and commitment. They can function as reminders that until you take care of business and make adjustments that lead to more constructive choices and self-enhancing behavior, they are going to stick around. This is precisely what happens with memorable stories that have influenced you as well: they evoked strong emotional reactions that make it easier to retrieve the information or lessons embedded in the stories. In that sense, some of our strongest emotional responses, even those that are annoying and upsetting, can act as the initial stimulus to confront the things we are most avoiding.

Jeffrey A. Kottler, Ph.D., is a professor of Counseling at California State University, Fullerton, author of 80 books, and President of the grassroots organization Empower Nepali Girls.

What Leads to Lasting Change?

The path to to personal transformation

What REALLY Leads to Change in People’s Lives?

Anyone Can Do This--I'm Serious!

Anyone can begin their own service project!