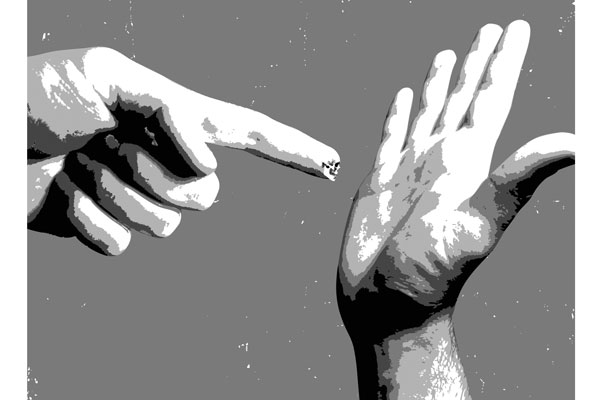 More on the Middle East »

One particularly pernicious and enduring canard that is surfacing again is that Israel pursues “apartheid” policies. In Cape Town starting on Saturday, a London-based nongovernmental organization called the Russell Tribunal on Palestine will hold a “hearing” on whether Israel is guilty of the crime of apartheid. It is not a “tribunal.” The “evidence” is going to be one-sided and the members of the “jury” are critics whose harsh views of Israel are well known.

While “apartheid” can have broader meaning, its use is meant to evoke the situation in pre-1994 South Africa. It is an unfair and inaccurate slander against Israel, calculated to retard rather than advance peace negotiations.

I know all too well the cruelty of South Africa’s abhorrent apartheid system, under which human beings characterized as black had no rights to vote, hold political office, use “white” toilets or beaches, marry whites, live in whites-only areas or even be there without a “pass.” Blacks critically injured in car accidents were left to bleed to death if there was no “black” ambulance to rush them to a “black” hospital. “White” hospitals were prohibited from saving their lives.

In assessing the accusation that Israel pursues apartheid policies, which are by definition primarily about race or ethnicity, it is important first to distinguish between the situations in Israel, where Arabs are citizens, and in West Bank areas that remain under Israeli control in the absence of a peace agreement.

In Israel, there is no apartheid. Nothing there comes close to the definition of apartheid under the 1998 Rome Statute: “Inhumane acts ... committed in the context of an institutionalized regime of systematic oppression and domination by one racial group over any other racial group or groups and committed with the intention of maintaining that regime.” Israeli Arabs — 20 percent of Israel’s population — vote, have political parties and representatives in the Knesset and occupy positions of acclaim, including on its Supreme Court. Arab patients lie alongside Jewish patients in Israeli hospitals, receiving identical treatment.

To be sure, there is more de facto separation between Jewish and Arab populations than Israelis should accept. Much of it is chosen by the communities themselves. Some results from discrimination. But it is not apartheid, which consciously enshrines separation as an ideal. In Israel, equal rights are the law, the aspiration and the ideal; inequities are often successfully challenged in court.

The situation in the West Bank is more complex. But here too there is no intent to maintain “an institutionalized regime of systematic oppression and domination by one racial group.” This is a critical distinction, even if Israel acts oppressively toward Palestinians there. South Africa’s enforced racial separation was intended to permanently benefit the white minority, to the detriment of other races. By contrast, Israel has agreed in concept to the existence of a Palestinian state in Gaza and almost all of the West Bank, and is calling for the Palestinians to negotiate the parameters.

But until there is a two-state peace, or at least as long as Israel’s citizens remain under threat of attacks from the West Bank and Gaza, Israel will see roadblocks and similar measures as necessary for self-defense, even as Palestinians feel oppressed. As things stand, attacks from one side are met by counterattacks from the other. And the deep disputes, claims and counterclaims are only hardened when the offensive analogy of “apartheid” is invoked.

Those seeking to promote the myth of Israeli apartheid often point to clashes between heavily armed Israeli soldiers and stone-throwing Palestinians in the West Bank, or the building of what they call an “apartheid wall” and disparate treatment on West Bank roads. While such images may appear to invite a superficial comparison, it is disingenuous to use them to distort the reality. The security barrier was built to stop unrelenting terrorist attacks; while it has inflicted great hardship in places, the Israeli Supreme Court has ordered the state in many cases to reroute it to minimize unreasonable hardship. Road restrictions get more intrusive after violent attacks and are ameliorated when the threat is reduced.

Of course, the Palestinian people have national aspirations and human rights that all must respect. But those who conflate the situations in Israel and the West Bank and liken both to the old South Africa do a disservice to all who hope for justice and peace.

Jewish-Arab relations in Israel and the West Bank cannot be simplified to a narrative of Jewish discrimination. There is hostility and suspicion on both sides. Israel, unique among democracies, has been in a state of war with many of its neighbors who refuse to accept its existence. Even some Israeli Arabs, because they are citizens of Israel, have at times come under suspicion from other Arabs as a result of that longstanding enmity.

The mutual recognition and protection of the human dignity of all people is indispensable to bringing an end to hatred and anger. The charge that Israel is an apartheid state is a false and malicious one that precludes, rather than promotes, peace and harmony.

A version of this op-ed appeared in print on November 1, 2011, on page A27 of the New York edition with the headline: Israel and the Apartheid Slander.

Get Free E-mail Alerts on These Topics

Log in to discover more articles
based on what you‘ve read.

Go to Your Recommendations »
What’s This? | Don’t Show

Op-Ed Contributor: How to Get Kids to Class